The Russians have impressed the readers worldwide with their marvelous story writing, books, novels, poetry, romance writing and other literature writing abilities and skills. The Russians have got natural talent to write something in a very new and creative manner which is liked by millions of people in various societies. The most targeted work by the Russian writers has remained on its social transformation process during the last century. Here we have a list of must read books in your life and you will find them beyond your imagination in all respects;

This book has been written by the Alexander Pushkin who is known best for his romantic story writing and poetry. The author has created a marvelous work and represented the society in a very bold and true sense. Not only this book but many other writings from the same writer are being used in the Russian literature at University and College level classes. He is also known as the “father of the modern Russian Literature”, as well.

This wonderful novel is written by the Mikhail Lermontov and it is known as the first ever novel on pure psychological work. This novel talks about five different stories in it which are so much inter-related and a young boy “Pechorin” who is a very charismatic rebel. The author is successful to keep millions of people busy reading his wonderful written novel for more than a century. You will be amazed to read this picture of the Russian Writers.

“The Dream Life of Sukhanov”: 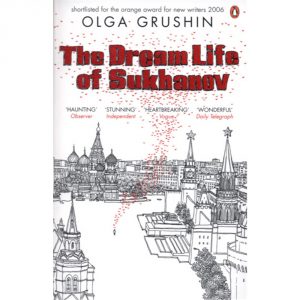 This book is written by the Olga Grushin and it was his first ever book, which gone a masterpiece of his writing career. The book talks about the Anatoly Sukhanov, who takes participation in the opposite / rebel political party in the Soviet Union against the Russians. The author has described his feelings about the past and the present conditions in a very realistic manner. Each and every word depicts some picture and state of feeling. Simply, the books describes the effect of the Soviet Union that how it effect the life of a human.

“The Secret History of Moscow”:

The writer, Sedia (2007), has penned the history of the Russian city, Moscow. She has mentioned the facts of the darker sides of the city till the 1990s and how it is transformed to the modern Moscow. This novel describes the story of a young woman who is caught in the criminal act but the fake one, which she never did and the consequences she had to face, afterwards. The picture has been narrated so swiftly and smooth sequence.

This novel is for the war studies lovers. The author, Tolstoy, has described how a man lives with struggling and striving actions, which he related to as the war and peace. It is about the peasant who is in a very struggling position against the odds during the invasion of the Napoleon.