The Russians have been remarkably good in literature, novel and poetry writing. The main circle of their writing may be categorized into the two major genres like the pre establishment of the Soviet Union and the Post establishment of the Soviet Union. The Russians have also undergone a complete social transformation from a very darker side to the modern Russian society where you have atleast freedom to write and describe your thinking about your observations.

Start of the Writing:

The early ages of the Russian literature got fame during the mid-1800 century when the country found very brave and creative writers like the great Pushkin, Nikolai Gogol, Vasily, Leo Tolstoy, Fyodor Dostoyevsky, Turgenev and many more. This age may also be referred to as the “golden” period in the history of the Russian literature world. The Ivan Bunin also awarded with the “Nobel Prize” for his wonderful writings. These authors gave outstanding short stories, novels, poetry and other literature to their readers. Their literature is still being used in many subjects and to provide historical evidence of the old Russia when the things were dark and lawless.

However, the revolution came into this field after 1917s with the emergence of the Soviet Union. The Soviet Union also provided assurance regarding the printing of high quality books from all over the Russian writers and its distribution all over the world. During the 1930s, the circle of research came around the social evils and their consequences in a human life. The early writings were about the romance, poetry and historical novels but now the writing atmosphere was in the change. 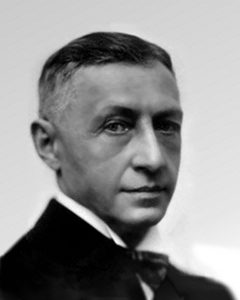 During this stint of time, many Nobel Prizes were awarded to the Russian Authors like the Ivan Bunin and Aleksandr Solzhenitsyn for their wonderful novels and creative piece of work. The period after the mid-1900 century proved to be as dim light for the authors due to world wars and damage to the country. However, the “Khrushchev Thaw” provided a new soul to the poetry in the Russian world. He proved to be as a light for writers of the new age but he was also banned among many other writers in a charge to write against the Soviet Union establishment. However, Russians also produced children writing as well and covered this genre wonderfully like the work done by the Korney Chukovsky, Samuil Marshak, Agnia Barto, etc. and the poetry on “adult” genre is not ignorable as well. The work of Sergey Mikhalkov is appraisable in this field. However, the censor had to work a lot while printing such material.

The Russians always provided wonderful literature whether they were residing inside the Russia or abroad. The modern authors appeared to be more realistic and are writing about the history of Russia, how it was before and now.

Thus, the Russian writers are full of creativity and they have shown their natural work very professionally even during the ages of war and crimes in Russia. The world libraries have showcased the work and translated Russian literature to convey the knowledge to the modern societies.